Their grandfathers came from Europe only to face bigotry and Ku Klux Klan bullying, all to work in a Stockyards fertilizer room for $10 a week.

They lived in “Greek Town,” next to “Bohunk Town” near the Stockyards, and were treated as olive-skinned strangers clinging to their native Orthodox Church.

A century later, almost the only time we talk about Fort Worth’s Greek and eastern European roots is on this November weekend, when their church celebrates its now-50-year-old Greek Festival of food, music and dance.

“Our children are all spread out now, but they sure love Greek food,” said Mary Kime, 84, born here into a family that spoke only Greek and now one of the elders of the annual festival at a church northwest of downtown.

The first Greeks came to the Stockyards in 1892, but by 1911 the number had grown to a few hundred.

In 1912, the Star-Telegram described “peculiar” foreigners working in meat packinghouses.

They lived in rowhouses east of North Main Street where diners park today for Joe T. Garcia’s restaurant. (The restaurant itself used to be a Greek grocery.)

“My father landed in New York and heard the Stockyards was hiring a lot of people,” Kime said, describing Stockyards life as aromatic: “If the wind was blowing, you knew it.”

“The north side was always for the Greeks,” Kime said.

But the arrival of so many immigrants drew another organization: Fort Worth Klan No. 101 of the Knights of the Ku Klux Klan.

“These new immigrants did not share the conservative Protestant aversion to alcohol,” Pate wrote. Plus, they took packinghouse jobs: “Thus the north side became ripe for typical Klan activity.”

Fort Worth never had the anti-Greek riots of other cities.

But in August 1924, a city park board member, C.A. Burton, called for organizing to “keep Greeks out of our parks.”

Over the coming years, Greek immigrants and their descendants would go from packinghouse workers to river-bottom truck farmers and, in wartime, proud sons fighting for America.

In 1956, according to Star-Telegram archives, the women of St. Demetrios Greek Orthodox Church made cakes, pies and baklava and held their first “pastry sale” outside a grocery on West Seventh Street near the Monticello neighborhood.

One of the women was Artemis Smith, whose family still owns the Paris Coffee Shop.

“They made all kinds of pastries, but the Greek items always sold first.” Kime said.

In 1967, the event expanded from a one-day church bake sale to a three-day food festival.

(The church has renumbered the festival several times. For decades, 1969 was counted as the first year. But if you count back to 1967, the festival is 50 years old and this is the 51st event.)

Volunteer Gus Galantis said the festival is a tradition: “To see everybody — people you haven’t seen for a year, they show up for the food festival.”

Anna Panagopoulos moved from Greece and has been a volunteer for more than 40 years.

She was a 21-year-old in Greece when she exchanged photos with an American man.

“His cousin and his sister [were] — matchmaking? That’s how you call it?” she said.

“He came Thursday night. He saw me Friday. We said ‘yes’ on Friday night,” she said.

The next day, they were engaged. The following week, they were married.

For decades, she has helped command volunteers through 12-hour days of cooking Greek dishes and buttering, baking and slicing thousands of pieces of baklava.

“This is my home, my family,” Panagoupoulos said.

“Every time I work here, I feel this is my home.”

They’ve brought a half-century of fun to Fort Worth. 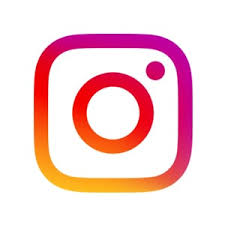